Thanks to Fox 45 for helping us get the word out! Sign up at your Pratt branch today.

Looking for reading suggestions? Here’s another round of wonderful reviews from participants in the Adult Summer Challenge: 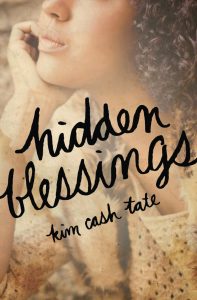 Nicole J. (Edmondson Avenue Branch) on Hidden Blessings by Kim Cash Tate: This book was excellent. It showed her journey through breast cancer and also told a story of true love.

Cecelia A. (Forest Park Branch) on Black Man, White House: An Oral History of the Obama Years by D. L. Hughley with Michael Malice: I loved this book.  It provided an “inside” (tongue-in-cheek) view of the major players and their “reactions” (also tongue-in-cheek) to some of the more momentous events in the White House.  Not only did I laugh (and who couldn’t use a good laugh now), but I learned a few things about politics/politicians and was reminded of events that I had forgotten.  If you’re a news junkie, like me, you will enjoy this book and if you’re not you may be when you finish it.

Whitney J. (Hamilton Branch) on Conclave by Robert Harris: While I’m not a Catholic, I’ve often been intrigued by the process of selecting a new pope. There are so many books and movies about this topic. Conclave deals with it beautifully. Truly engrossing. 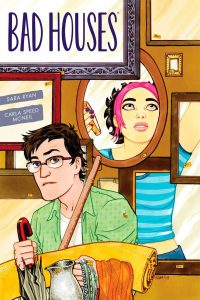 Krista L. (Light Street Branch) on Bad Houses by Sara Ryan: It’s an amazing graphic novel about letting go…. I related so much of this to my life and the things that I’m dealing with now.

Shana B. (Roland Park Branch) on The Mime Order by Samantha Shannon: Second book in a series of seven and very good! The master plot is starting to shape up and the characters are so interesting!

Anthony B. (Waverly Branch) on Americanah by Chimamandah Ngozi Adichie: A reflective book about the immigrant experience: how experiencing two cultures at a young age can lead you to view the world in a more critical perspective. You begin to understand that no culture is perfect and that socialization can, with time, claim all people, including yourself, as a victim. It is a coming of age, romance, critical, sociological, political, and historical reading. A beautiful and must-read novel that exposes the power of fiction to create empathy across all boundaries and to build bridges over walls.

Organized to commemorate the sesquicentennial of the Civil War, Digital Maryland’s Civil War in Your Attic collection represents a statewide effort to locate, digitize, and preserve treasured materials documenting the Civil War and Reconstruction, held in private collections across the state. Among a trove of letters, diaries, photographs, reports, and more, you will find the discharge record for African American Union soldier George Washington, who served with the Massachusetts 55th Regiment, the second all-black regiment from the North organized after the issuance of the Emancipation Proclamation.

We’ve received many great reviews from participants in the Adult Summer Challenge, “Build a Better World.” Here are some of our favorites: 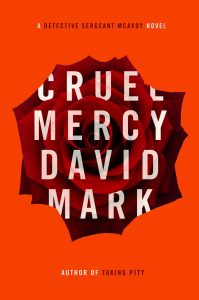 Helen B. (Central Library) on Cruel Mercy by David Mark: A promising Irish boxer and his trainer, a legend in the Irish Romany community, meet with shocking violence in New York City, leaving one of them dead and the other comatose. Married to a Romany woman and familiar with the victims, Detective Sergeant Aector McAvoy is sent from Yorkshire to assist with the investigation. He also has a personal mission: to find his brother-in-law, another boxer who vanished at the same time. McAvoy soon stumbles upon troubling links to a power struggle among organized crime families, money laundering, and a revered priest. But is he a player or a pawn? A gripping addition to the D.S. McAvoy series, Cruel Mercy examines how loyalty, faith, and love can be tested by the temptations of contemporary life.

Mycala W. (Govans Branch) on Designing Your Life by Bill Burnett and Dave Evans: Not only is this book helpful in leading us to look at our life situations in completely new and different ways, it is also 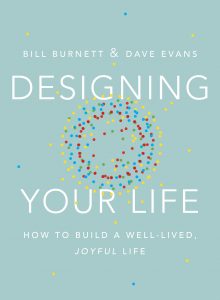 very funny. Most of the humor is in the first half of the book where they say things that cause light bulb moments, such as, why are we so hard on ourselves if we don’t know what we want to do with the rest of our lives in our teens? Would we want a 17-year-old telling us what to do with our lives? Even if it WAS us at 17? Good point! Then it goes on to the exercises. Have a notebook and pen at the ready. There are some really fun exercises in here to think creatively about work, hobbies, and how we want to spend our time. Excellent book!

Katie M. (Hamilton Branch) on Delicate Monsters by Stephanie Kuehn: Yowza! What a surprising and edgy YA novel. Two antagonists and no protagonists make for an interesting character development process.  Simultaneously fascinating and repulsive. Great read!!

Nina W. (Hampden Branch) on Night School by Lee Child: We read all the Jack Reacher books on our road trips.  This one kept us entertained on a weekend jaunt to Richmond.  We encountered traffic slowdowns both ways so were glad to have this 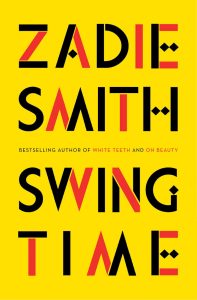 book to keep up from going nuts.

Himani S. (Light Street Branch) on Swing Time by Zadie Smith: You will read and see yourself, your mother, your best friend in these pages.  Just a wonderful commentary on the strengths and flaws of character that pull us through or that we survive[…]. A rich depiction of life with poverty, glamour, urban and remotely rural, and how the interplay of this has sculpted the main character.

Today marks 20 years since Harry Potter and the Philosopher’s Stone was first published. Below, read some staff takes on the impact of the beloved series by J.K. Rowling. 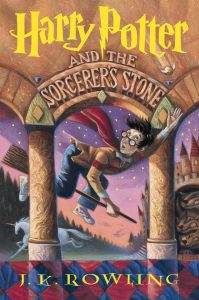 “Harry Potter and the Sorcerer’s Stone is the first book that I remember recommending to a friend, so it is sort of where my librarianship started! To me, the plot was secondary to the wonderful feeling of being enveloped in all the magical details of Hogwarts. At the library, I often use the series as a touchstone when asking teens what features they like in a book, since it is so well loved and known.” – Lucie Ferguson, Teen Library Associate, Waverly Branch

“I’m currently rereading the Harry Potter series for the third time. This is my first time listening to the books though, via OverDrive. The books and movies are very dear to me, literally growing with me as I got older. I was only 5 when the first book came out and was 19 when I saw the last film on opening night. Harry Potter has been and always will be a part of my life.” – Tracey Gilchrist, Circulation Supervisor at Edmondson Avenue Branch 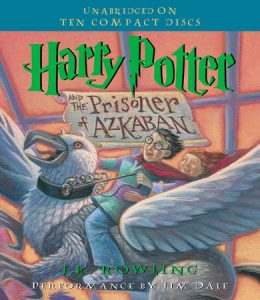 “It’s really hard to believe that the series is turning 20! I recently had a Potter binge because I was feeling nostalgic. I miss hearing about a new book or a new movie. I know Harry Potter is make believe, but I felt like an actual Hogwarts pupil when I read the books. It is quite extraordinary when a really good book can take you beyond its pages. Harry Potter will forever do that for me. I hope new readers can love the series as much as I do. Alohomora your minds to the wonderful world of wizardry.” – Jay Marie LSA/Clerical Roland Park Branch

“”When anyone reads Harry Potter for the first time, it’s clear from the way they talk about it that they are exhilarated. They’re falling into a new, fully formed world with a built in fandom. They know that if they love something or hate something in the books, it’s an experience they can revel in with a community. There’s also the excitement of 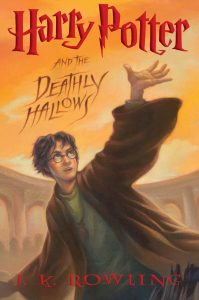 knowing they can binge-read. It’s a world that doesn’t end when you finish the last book.” – Mase Woodland, Librarian, Information Services

“I grew up reading the Harry Potter series, my age closely mirroring the ages of the characters. As a kid, Harry, Hermione, and Ron taught me about grit, in life and sports–Quidditch matches were crazy! The Harry Potter and the Deathly Hallows release was also my first book party, which planted the seed that events were something someone somewhere working with books had to plan. I keep finding special ways Rowling’s books have touched my life as I age.” – Tracy Dimond, Social Media Manager/Programming Assistant

Revisit, or fall in love with, the series in multiple formats in our catalog.