Peter Devereaux, Writer-Editor from the Library of Congress Publishing Office and former Pratt Librarian, gave a fascinating slide-illustrated talk about the history of the card catalog at the Library of Congress.  No, really – it was fascinating!  Audience comments include:  “Thank you exceedingly much!”, “Great Program!”  and “…very interesting and makes me love the EPFL even more.”

Did you know that… 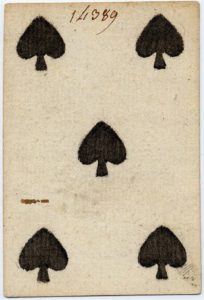 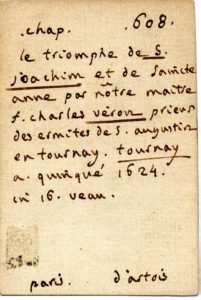 The use of cards to track library holdings began in 1791 during the French Revolution.  This first national cataloging code was an effort to create a union catalog of the confiscated Church and aristocratic libraries by the First Republic government of France.  Books were centrally collected and systematically cataloged (very basically by modern standards) using playing cards – uniform size, easily obtained and inexpensive.

After the British burned Washington, DC during the War of 1812, Congress agreed to purchase Thomas Jefferson’s personal collection of  6,487 books to provide the basis for the new collection.  The purchase was a politically contentious issue–both of personal politics as well as disagreement about the contents of the Library – was it to be a law library or should it cover the wider spectrum of human endeavor and interest?

The Library of Congress classification system (those alphanumberic stickers on books) was created in 1897 under the direction of Librarian of Congress, Herbert Putman.   J.C.M. Hanson and Charles Martel were appointed by Putman to lead the new cataloging division.  Prior to Mr. Putnam, the Library of Congress used Thomas Jefferson’s personal system, one organized into a scheme based on Francis Bacon‘s organization of knowledge. Specifically, he grouped his books into Memory, Reason, and Imagination, which broke down into 44 more subdivisions.

The peak year for Library of Congress card production and distribution was 1969 – the year MAchine Readable Cataloging (MARC) came into wide-spread use.  For years, the Library of Congress created, produced and shipped hundreds of thousands of card catalog cards to libraries across the country. 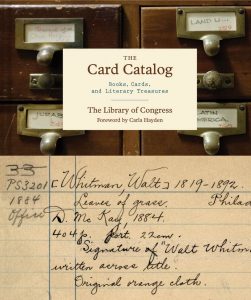 The Copyright Office, a part of the Library of Congress, receives 2 copies of each book sent to them for copyright protection.  Each title receives a copyright number and is then routed to the appropriate department for possible acquisition.

Copies of The Card Catalog: Books, Cards and Literary Treasures with a forward by former Pratt Library CEO Carla Hayden are available at Pratt locations. Click here to check it out.

Images used with permission from the Library of Congress.