Check out these reading recommendations from participants in the Adult Summer Challenge: 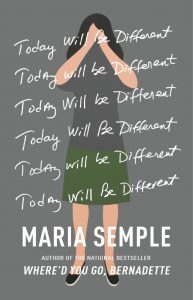 Bobbi O. (Central Library) on Today Will Be Different by Maria Semple: Mothers in particular will relate to this book—or any woman who has experienced loss or just tries her best to look, feel, and be her best self. Witty, funny, poignant.

Melina T. (Govans Branch) on Homegoing by Yaa Gyasi: This is Ms. Gyasi’s first novel and it has so much to offer. The story follows two half sisters from Ghana and eight generations of each sister, one who remains in Africa and the other who is sold into slavery. I really like how Ms. Gyasi structures the book, with stories from each sister and then each successive generation. The sections dealing with West Africa are so lovely, lyrical, and painful. The second half of the book, in America, does not have as developed 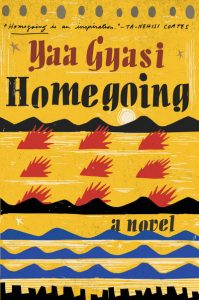 characters or insights, but still such an awesome first book and I know Yaa Gyasi will be an important voice in the future!

Robert B. (Light Street Branch) on Scars of Independence: America’s Violent Birth by Holger Hoock: So, here we are with another book discussing those familiar times and resonant with the names of America’s founders — Franklin, Washington, Hamilton, et al. You might wonder what could possibly be said that hasn’t been said before. This is where Hoock’s Scars of Independence distinguishes itself. Most of us believe that the American Revolution was a reasonably moral and ethical one with no resemblance whatsoever to some of the truly bloody upheavals that followed thereafter, such as the French Revolution. Hoock’s exhaustive research proves that our revolution

is replete with examples of violence and cruelty, on the part of both Patriots and Loyalists, Americans and British. If you enjoy reading history, you won’t want to miss this one!

Jeannette T. (Pennsylvania Avenue Branch) on Bahama Love by Khara Campbell: Breathtaking! Full of fire and desire. […]It was good to the very end and kept you on the edge. It had a beautiful ending. Read the book!!! You won’t be disappointed.

Rob G. (Southeast Anchor Library) on Night Film by Marisha Pessl: So exciting I finished it in one day!

Lisa G. (Staff) on Lincoln in the Bardo by George Saunders: Abraham Lincoln, Buddhism, and ghosts: what more could you want from a novel?  I loved this!